Education Secretary Betsy DeVos has proposed new policies regarding sexual misconduct on college campuses. This proposal would bolster the rights of students accused of assault, harassment, or rape, while limiting liability for colleges and universities. These changes also urge schools to provide more support for victims. 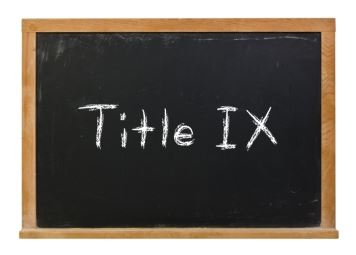 The New York Times obtained DeVos’s proposal, which narrows the definition of sexual harassment and only holds schools accountable for formal complaints that have been filed with the proper authorities and for conduct alleged to have occurred on their campuses. The proposal would also establish a higher legal standard when determining if a school improperly addressed student complaints.

The new rules come at a time when major universities like Ohio State University, the University of Southern California, and Michigan State University are still dealing with allegations that members of their faculty and staff have perpetrated serious sexual misconduct. Higher-education administrators have claimed for years that Obama-era rules have forced then to be burdened by bureaucratic mandates that had little to do with assault or harassment. Meanwhile, men’s rights groups argue that the accused have little recourse.

Opposition to the Proposal

Know Your IX, an advocacy group dedicated to ending sexual violence in schools, slammed the proposed guidelines for what it feared would be a setback to victims’ rights. Sage Carson, a Know Your IX manager, said “The Trump Administration’s proposed rules have one clear goal: to let schools off the hook for covering up rape and sexual harassment. These draft rules would enable systematic sexual assault at schools like Ohio State and Michigan State … while letting schools avoid liability by deterring reports of sexual assault.” The Trump administration’s new rules will have the force of law and can go into effect without being approved by Congress.

Liz Hill, an Education Department spokeswoman, said that the report from the Times is “is premature and speculative, and therefore, we have no comment.” According to her, the department is “in the midst of a deliberative process.”

Last year, DeVos rescinded a 2011 letter prepared by the Obama administration which detailed the responsibilities of schools and colleges that receive federal funding to address incidents of sexual misconduct. The Obama-era guidelines were praised by victims-rights groups because they aggressively held schools accountable for complaints of sexual harassment, assault, and rape that were often downplayed or ignored. However, critics claim the Obama-era guidelines trampled due-process rights for students accused of sexual misconduct.

What Does This Mean for Schools?

There is still the possibility that the proposal can be revised before it is published. When the proposal is published, many schools may have to make some changes to their procedures to come into compliance. However, it is not likely that many schools will need to adopt a new policy altogether. According to Kathryn Nash, an attorney who worked with DeVos’ deputies on the new regulations, said that the Violence Against Women Act already requires universities to conduct fair and thorough investigations. She also stated, “Under the proposed regulations schools will still have the right to choose the evidentiary standard [by which they adjudicate cases].”

In a statement released by The University of Minnesota, the school said it would review the policy once it is final and “determine whether any changes to the processes are warranted.”

Have you been accused of sexual misconduct at a college campus? If so, you should contact our Minneapolis Title IX defense lawyers to find out how we can help protect your rights. Call (612) 444-5020 to schedule a free consultation today.