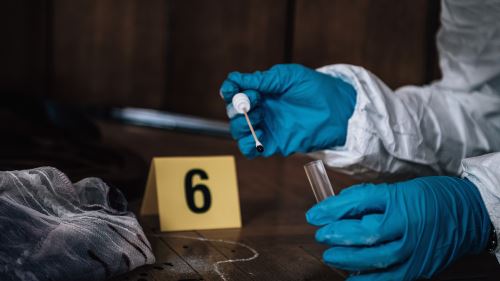 Minneapolis investigators recently got a new lead in a cold case that had haunted authorities for over two decades – the stabbing murder of Jeanne Ann Childs in 1993. Authorities were finally able to link the killing to 52-year-old Jerry Westrom, by matching DNA evidence collected at the original crime scene to a profile on a genealogy website.

As a local authority on criminal defense procedure and DNA evidence use, the reporters at Minneapolis Fox 9 reached out to our criminal defense attorney Joe Tamburino for his thoughts on the matter, and the legality of using private genetic databases like these to charge suspects.

While the connection between the crime scene and Mr. Westrom’s database profile was enough to invite police interest in the case, it still wasn’t enough for him to be charged. After collecting a DNA sample from a tissue Mr. Westrom left at a hockey game, investigators had enough evidence to officially consider him a suspect in the case. As of last week, he has been formally charged with the murder of Jeanne Ann Childs. However, he is presumed innocent until proven guilty.

This investigative strategy was inspired by the method used to catch the infamous Golden State killer in California. Unlike the Golden State killer, however, Jerry Westrom had apparently never used this particular genealogy website himself. As Attorney Tamburino stated in the recent article, “Even though Mr. Westrom, from what we know, did not use any type of Ancestry.com, someone close to him did.”

“The population freely gives their DNA to these private companies and law enforcement can use it,” said Attorney Tamburino. “Anybody can use it.”

Committed to Fighting for Your Rights

At Caplan & Tamburino Law Firm, P.A., our Minneapolis criminal defense lawyers have more than 100 years of collective experience standing up for the accused. If the police suspect you of a serious crime, they can use vast resources to investigate, including DNA information sent to private companies for testing and analysis.

When you’ve been accused because of faulty or improperly collected DNA evidence, you have the right to contest how that evidence was discovered and processed. Our defense attorneys are committed to protecting those rights, and we have the aggressive and strategic approach you need to fight for your future.

Do you need to speak with an experienced criminal defense attorney? Call us today at (612) 444-5020 to get started with a free consultation.