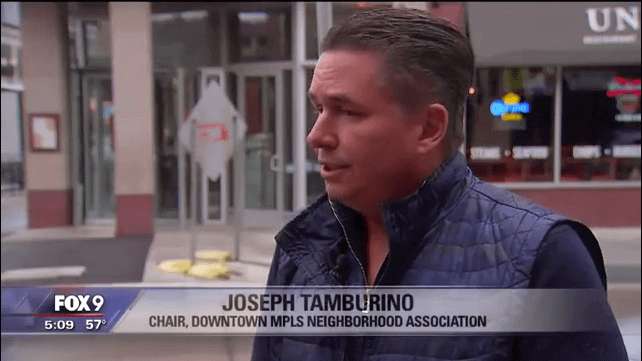 A fatal shooting is the latest incident to occur in downtown Minneapolis, adding to the increasing distress concerning safety in the area.

A 23-year-old suspect was arrested for his connection to the shooting. The victim was a 21-year-old man from Apple Valley, Minnesota. The shooting occurred around 10:21 p.m., when police officers were contacted and responded to the crime. The suspect drove away from the scene, where police officers found the victim in the road. The police suspect the shooting occurred following a fight.

The shooting incident follows a surge in robberies in the city during September. Pedestrians were being assaulted in the downtown area and officials believe they were targeted for their phones which could be later sold for money. Attorney Joseph Tamburino is Chair of the Downtown Minneapolis Neighborhood Association. Tamburino and Vice Chair Pam McCrey have been featured by several local news outlets to discuss crime in the city. They focused on the dangers that have proliferated the area, and how crime impacts local businesses. Tamburino explained how crime in downtown Minneapolis could drive residents away from the area, and emphasized his support for an increased police presence: “The police need to be here and our city council needs to get behind it," he stated in an interview with FOX 9.

Minneapolis Mayor Jacob Frey is supporting the push for more police officers in the downtown area, but is awaiting approval from the city council. The mayor’s budget proposal includes a provision that would add 14 officers to the Minneapolis police force. A more robust police presence in downtown Minneapolis is a plan supported by Attorney Tamburino, other members of the Downtown Minneapolis Neighborhood Association, and several business owners who operate their companies in the area.

To schedule a free consultation with our attorneys, contact Caplan & Tamburino Law Firm, P.A. through our message form, or via phone at (612) 444-5020.